A discussion between diverse Religious Communities with the goal of researching ways of useful dialogue to peacefully coexist in the complete absence of conversion or propaganda, with initiatives open to the entire community. 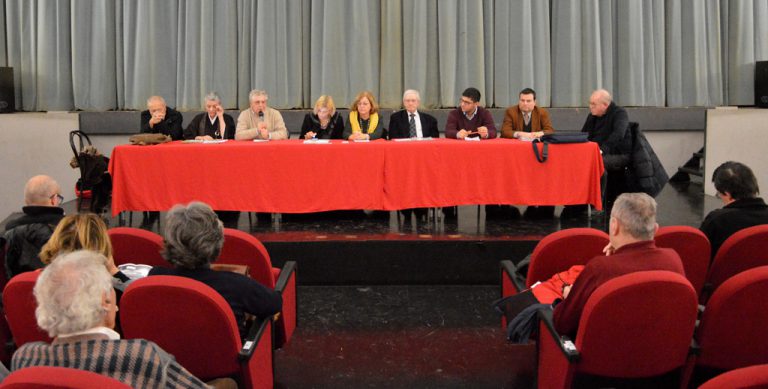 The Shinnyoji Templed participated in the Institutional Roundtable for Inter-religious Dialogue as representatives Sōtō Zen Buddhist Tradition, promoted by the Councilor for Relations with the Religious Groups of Florence Alessandro Martini. Currently present at the Roundtable: Catholic Action, the Adventist Church, The Church of Jesus Christ of Latter Day Saints, The Waldensien Church, Hare Krishna, The Jewish Community of Florence, “The Rebuilders of Prayer” The Sangalli Institute, The International Center for Giorgio La Pira Students, the Muslim Community, Florence Zen Temple, the Italian Buddhist Institute Soka Gakkai, Native Americans and Impoverished Indigenous Peoples, the Islam Community, and ADRA Italy.

Online Meeting on the Microsoft Teams platform as a part of the Florentine Institutional Roundtable for Inter-religious Dialogue to decide on the organization of Autumn Walking linked to the “Florence Rebirth” project.

Online meeting on the Microsoft Teams platform with the programmed schedule below:
1) Inherent discussion and initiatives of the World Day of Prayer, Fasting and Invocation of Humanity announced by the Committee for Human Brotherhood on May 14th, 2020.

During the meeting, representatives from various religious confessions illustrated how their community is facing the COVID-19 phase. Also discussed was the hypothesis of the possibility of community celebrations as well as the project of virtual inter-religious walk.

Rev. Shinnyo Marradi participated as a Spiritual Guide of the Shinnyoji Temple in Florence at “The Regional Roundtable for Dialogue with the Religious Confessions and Spiritual Traditions” The Tuscany Regional meetings were held online and in person at Pegaso Hall in Piazza Duomo, 1, Florence.

18 December 2020, at 3:00 pm - "Meeting with the new Councillor responsible for human rights and promotion of the culture of peace: Alessandra Nardini".

After the introductory greeting, the new Councillor Alessandra Nardini confirmed the will of the Tuscany Region to continue the work of the Institutional Table with the religious confessions that will be developed over the next five years. She then passed the word to the representatives of the various traditions present who welcomed Councillor Nardini and proposed to follow up on the projects that had been highlighted during the previous meetings.

16 September 2020, at 3:00 pm - Establishment of “The Regional Roundtable for Dialogue with the Religious Confessions and Spiritual Traditions”.

In an atmosphere of faith and solidarity, began the establishment of the Regional Roundtable with the goal of facilitating the integration and awareness of the diverse spiritual practices in Tuscany in hopes of promoting operative meetings in efforts to improve some neglected conditions in society and humanitarianism.

Representatives from various traditions participated in this meeting, among them were Jewish and Muslim communities, they presented to the Agricultural Councilor of Tuscany the criticism of their followers regarding the food in university cafeterias and Tuscan agritourisms. Several proposals in efforts to improve the current difficulty resulted from the discussion.

The closure of the session, in which the various spiritual groups introduced a layout for plans to the officials of the Region of Tuscany. It is divided into four themes: health, nutrition, incarceration and school, that will be discussed in smaller roundtables that will eventually accumulate and be discussed in plenary summary.