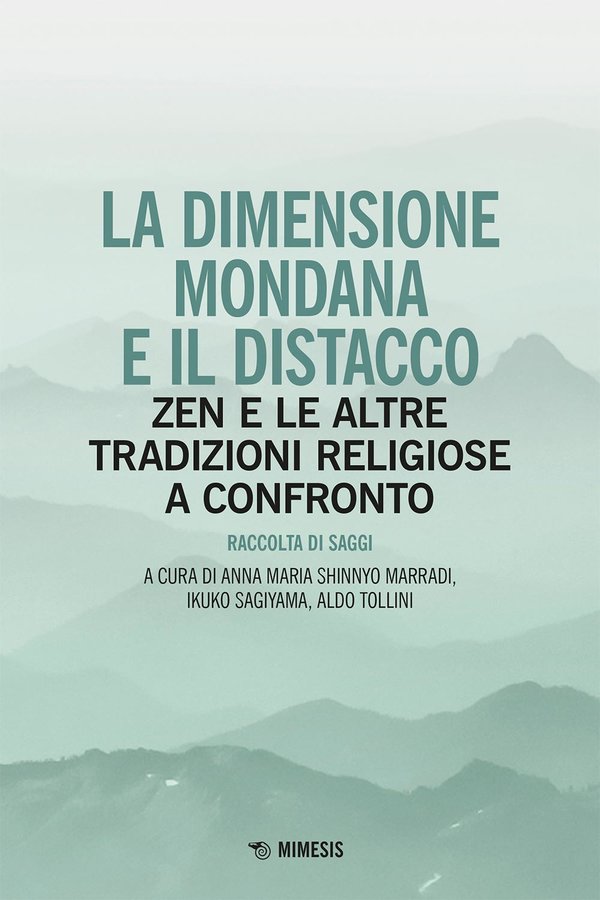 Available in bookshops and online “The Worldly Dimension and Detachment”, a Florence Zen Centre project.

“This publishing project was born following the international conference held on 27 March 2021 promoted by the Sōtō Zen Shinnyoji temple in Florence and co-funded by the Italian Buddhist Union (UBI) entitled “Zen and detachment: being in the world but not of the world”. The aim of the meeting was to discuss the relationship with the world on the part of practitioners of Zen Buddhism, i.e. how they can maintain their independence and avoid being excessively absorbed by worldliness that diverts them from the spiritual path.

The discussion during this event highlighted the importance of approaching the subject in a broader way, broadening the perspective by sharing the topic with other religions that can bring an interesting point of view on the subject. In fact, we are aware that other faiths and spiritual paths have also long addressed this issue with a view to providing answers on how the individual engaged in a religious path should relate to the world. We believe that, in this way, we can open up a fruitful debate on the relationship between spirituality and worldliness that may prove to be rich in interesting insights, in order to reflect on the contribution that the Spiritual Ways – each with its own specificity – offer to those who are dissatisfied with hedonism and the uncontrolled and suffocating consumerist drive that modern society proposes, and are in search of a more human dimension of life.

The theme of this volume can be generalised and summarised as follows: those who follow a path of awareness and dedicate themselves to inner cultivation, be it religious or otherwise, how should they relate to the world and the mundane, without allowing themselves to be overwhelmed by it and finding a balance that allows them to maintain a conscious detachment?

We wanted to propose a comparison between various religious traditions such as Buddhism, Christianity, Islam and Judaism, trusting that inter-religious dialogue on such an important topic as ‘detachment from worldliness’ would find fertile ground for sharing, stimulate mutual understanding and allow for the deepening of common themes.

The results show that the concept of detachment from worldliness is deeply rooted in most religious traditions, even if declined in different ways. Therein lies the interest of the comparison. Indeed, it emerged from the reports that detachment plays a fundamental role, on the one hand in the search for one’s own spiritual perfection and on the other in the pursuit of an appropriate way of relating to others and to the world. Thus, it has an essential function on both an individual and a collective level. This dual significance is motivated by the fact that only by pursuing a path of individual perfecting can one relate to others properly. In all the traditions represented in this volume, it can be seen that being in the world and dealing with it can only take place after having matured within oneself an awareness of the importance of detachment, i.e. having abandoned one’s selfishness.

With this volume, we wanted to make a contribution to inter-religious dialogue, which today is more topical and urgent than ever, also in light of the fact that, beyond specific nomenclatures, the fundamental themes are shared by most religions as spiritual paths.”