Inaugurated on April 25th, 2009 with the opening of the permanent Seat of the Temple, the Shinnyoji garden is a space provided for contemplation and meditation.
Between the hydrangeas, roses, camellia, fruit tree, Japanese medlar and a maple tree from the Tōchiku-in 東竹院 Temple in Japan, donated by Yumiko Kishi, it is framed by the urban architecture around it as if it were a painting.
Around the garden there are six stone statues coming from the Mibudera Temple in Kyoto. They are Jizō Bosatsu from the Edo Period (1603 – 1868) and the small Yakata Jizō Temple containing a stone reproduction of the of the Jizō Bosatsu from the Muromachi Period (1392- 1573), donated to Shinnyoji by Rev. Matsuura Shunkai, Abbot of the MIburdera Temple in Kyoto and the 85th Abbot of Tōshōdaiji in Nara, as a seal of friendship between Italy and Japan and as a witness to the meeting between the two Buddhist Schools, Sōtō Zen and Ritsu. Within the space of the garden there is a little Tea Room, Myoshin-an “Little house of unfathomable Truth”, and on the written in calligraphy on the slab is the name of the Temple. 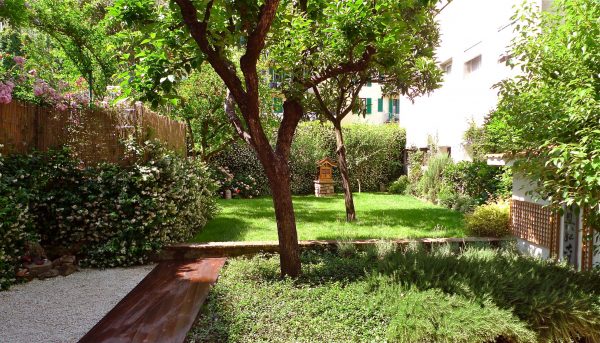 Yakata Jizō is a small temple, hokora, that holds a statue of Jizō Bosatsu, a reproduction of the original from the Muromachi Period (1392-1573) donated to Shinnyoji by Rev. Matsuura Shunkai Kanshu, abbot of The Mibudera Temple in Kyoto.
The donation, coming from Japan via the sea shipping at the end of January 2015, arrived in Italy at the beginning of March along with other religious items: keisu, percussion instruments, daitōrō, a pair of big lanterns, gogusoku, a pair of  candleholders, a pair of flower vases and an incense holder.
On March 28th, 2015, the unveiling Ceremony of the small Yakata Jizō temple was celebrated in the in the Shinnyoji garden.
On June 12th, 2015, in celebration of the 50th Anniversary of the Establishment of Sister Cities Florence and Kyoto, the Mayor of Kyoto, Kadokawa Daisaku, visited the Temple with his delegation. The meeting occurred in the Shinnyoji garden, in front of the Yakata Jizō, with the celebration of the Juzu Mawashi ritual, “Tour of Juzu”, in the presence of Rev. Matsuura Shunkai Kanshu and Rev. Sono Eikō, abbot of the Tōfukuji Rinzai Zen Temple in Kyoto. 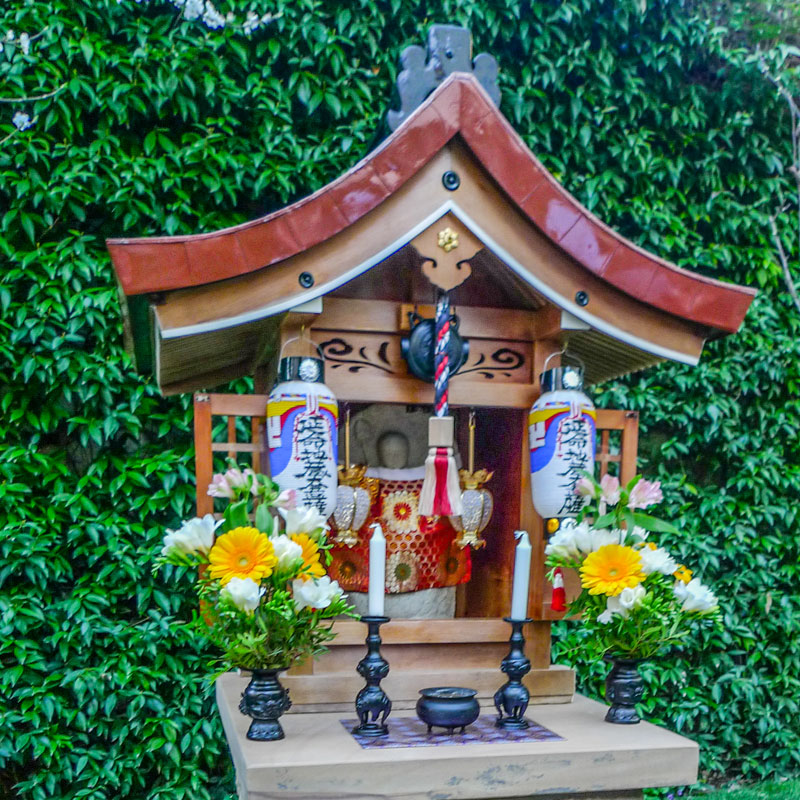 Myōshin-an or Little House of the Unfathomable Truth is the Tea House in the garden of our Temple. In Japan, it is a thousand-year old custom to have one inside a monastic complex as a physical location to prepare the tea ritual, generally, this place is separate from the Zen Monastery, often in the woods. Shinnyoji, with its own permanent Tea House allows Japanese people in Italy to hold a Tea Ceremony within the Zen Temple. 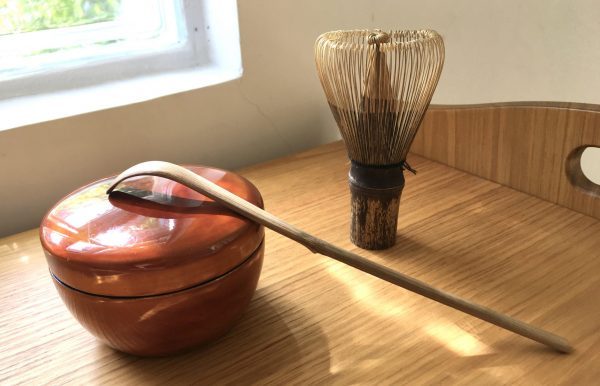 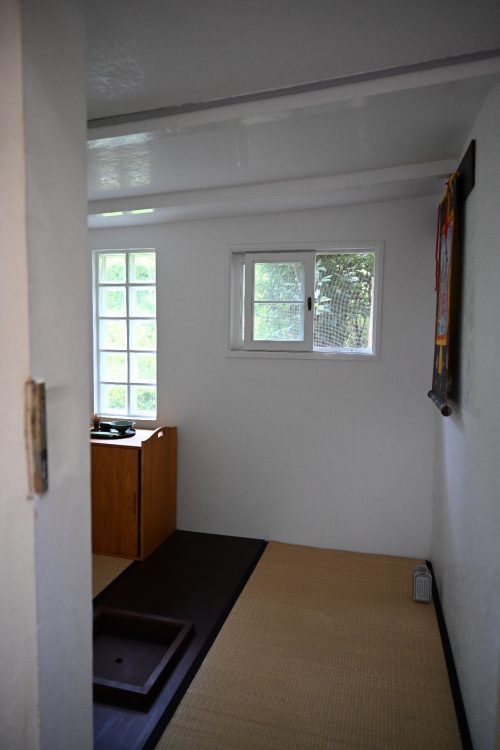 In the Shinnyoji garden is a serene stone slab with “Shinnyoji” Temple of the Absolute Truth written in calligraphy. The calligraphy was done in 2015 by Paolo Billi, a calligraphy artist and instructor from FeiMo Contemporary Calligraphy school. 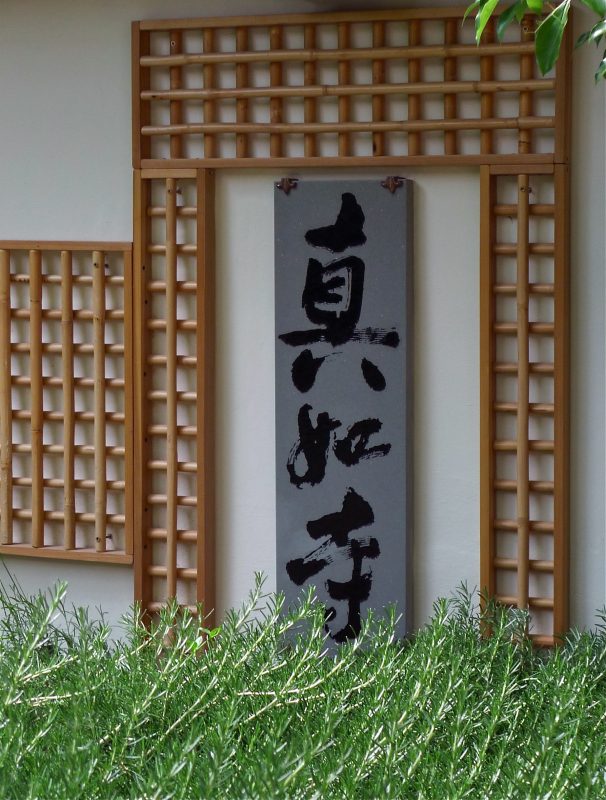 In Eastern Mahayana Buddhism, there are four main Bodhisattvas: Samantabhadra, Manjusri, Avalokitesvara and Ksitigarbha.
Ksitigarbha, whose name means “Treasure of the Earth”, “Belly of the Earth”, “Origin of the Earth” is known for having taken the vow of taking care and teaching sentient beings of the six reigns of the time from the death of Shakyamuni Buddha to the arrival of Maitreya Buddha. In Japan, Ksitigarbha took the name Jizō, or better, O-Jizō-Sama, as a sign of respect. 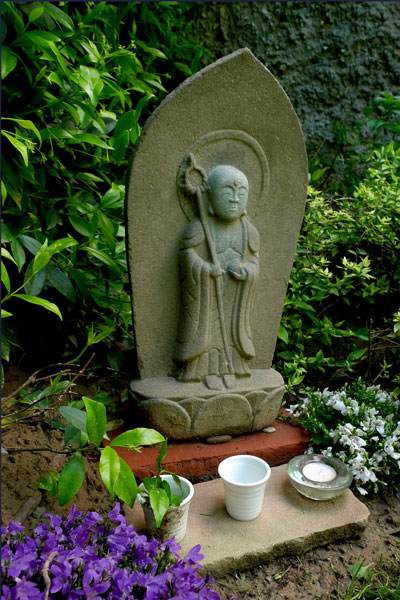 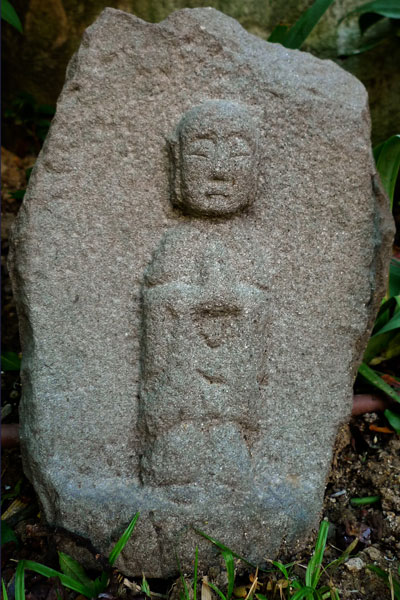 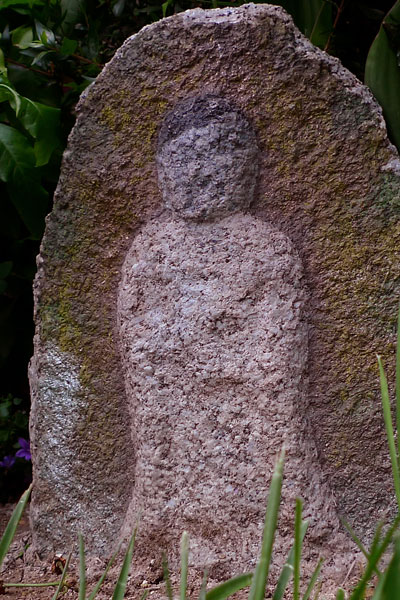 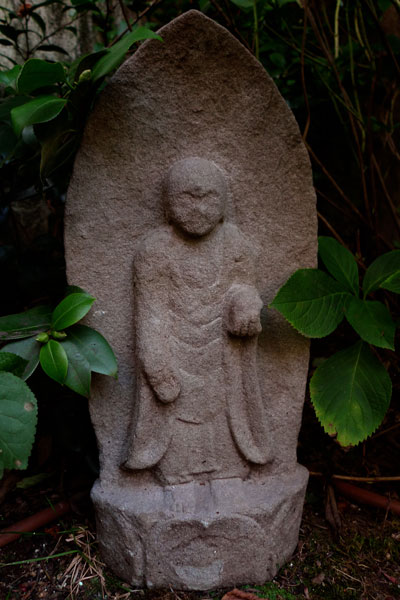 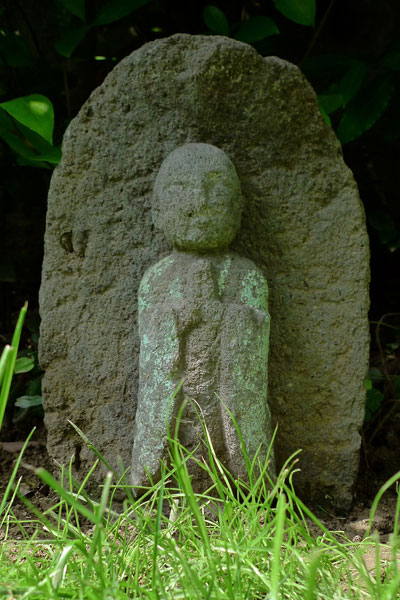 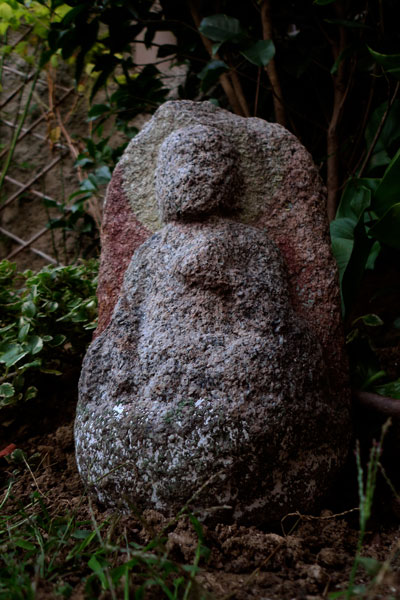